One of my main machines runs Windows XP. Not because it wouldn't support something modern like Debian Linux, but because as a challenge. And in addition, this is the most comfortable way to use certain Windows-only apps, including old games like Microsoft's Train Simulator.

Of course, I try to get the most out of it. A big helper in that mission is a fork of Pale Moon (fork of Firefox) called Mypal. It is not the latest version of Firefox but it is recent enough to use web apps like Discord, Slack, YouTube and VS Code! 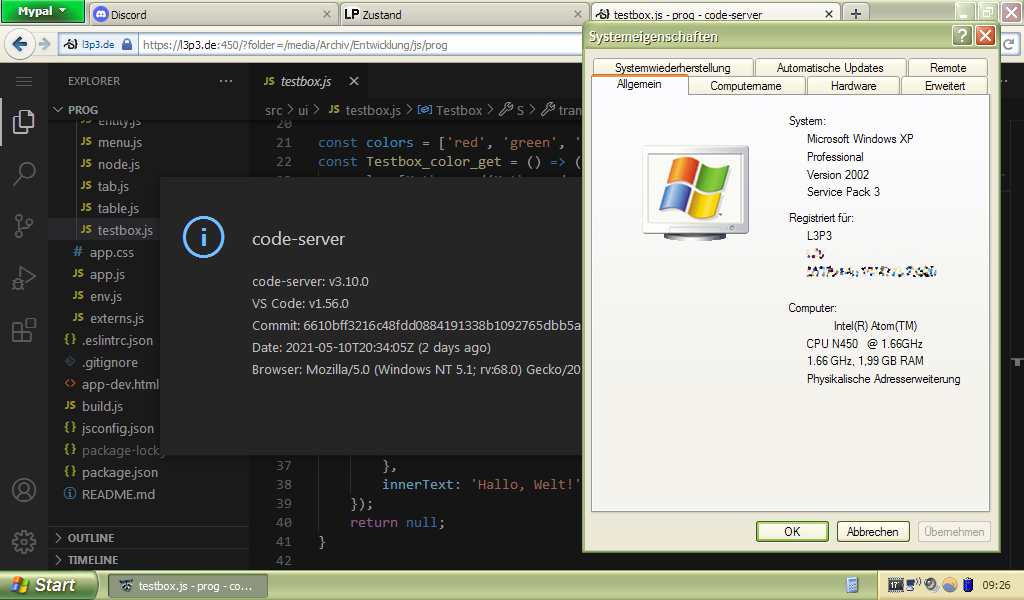 Since the Windows version of VS Code does not support Windows XP at all, I need to use code-server. The shipped app does not support older browsers, so I had to do a little hack. But with that in place, it is almost perfectly usable. Performance is not an issue at all and when using the full screen mode, nobody could ever notice the ancient operating system.